The cake toppers were created from heavily modified dolly kit parts from Japan which were then moulded them and cast in a translucent flesh coloured resin. The were then painted with a variety of paint methods to give depth and colour before being sealed with many layers of matt lacquer. They were fitted with handmade glass dolls eyes, and given poseable necks. The hair and stephens shoes were finished with a protetice full gloss lacquer and lindas corset was given tiny silver uttin details. I finished Lindas figure with a handsewn pink ruffly boa. This is back when i didnt have the best camera, so i wasn’t able to get close ups :(

I previously featured these cake toppers in my Dec 2009 Week in pictures.

This is one of Lindas photos from the day, more pics on her Flickr 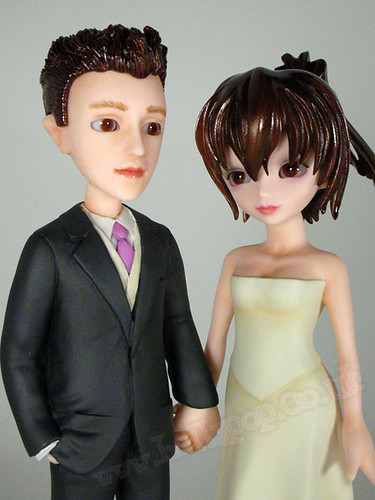 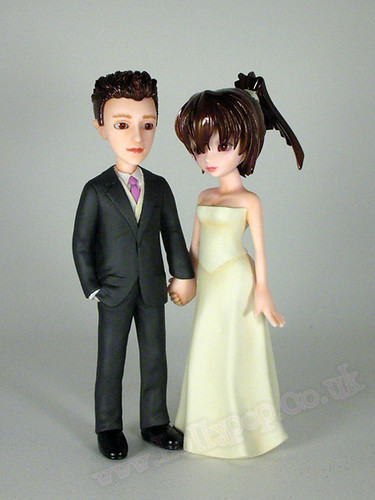 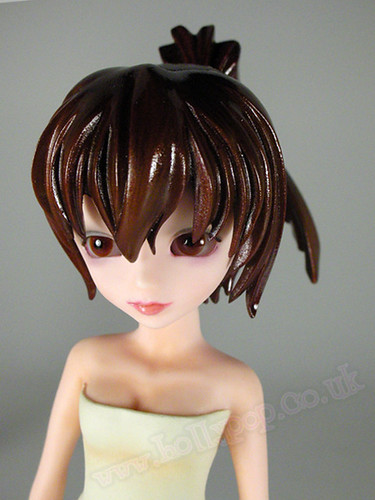 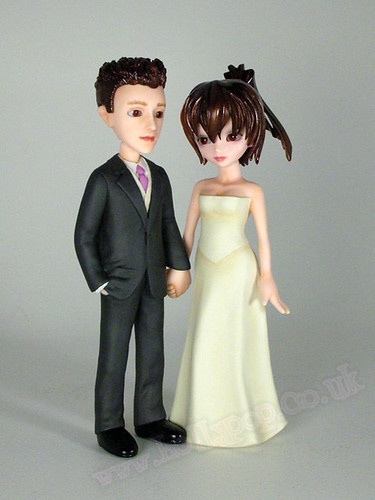 These cake toppers were the first set i did, for my friends Pebe and Tori’s wedding in September 2008. Taken from my Wedding cake toppers post.

4 Responses to “Featured on offbeatbride.com”