I get asked a lot what my toy collections like so I wanted to share pictures of all the toys we brought home from our SDCC/LA trip. Between Comi-con  spree and generous friends we ended up with sooo many cool new toys to bring home. On our way there we were way under the weight limit on our bags, but on the way home we were properly over and had to start hauling gifts and heavy things out of our bags and into our hand luggage, much to the amusement of the girl at check in

It was lots of fun sorting out the toy shelves and putting up the new things alongside the stuff that was already there,  I definitely don’t have the biggest toy collection in the world but i love every single piece of it, and everything come with a memory and a story to tell. 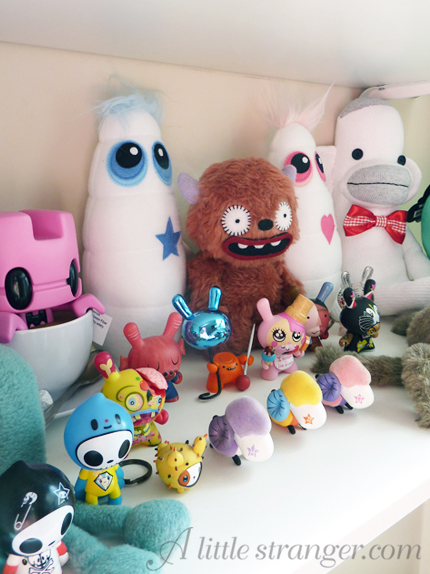 Sherman came just before i went to the US, naughty me for only just getting around to posting a picture! Awesome plush monster by MonstersEtc, brainchild of monster makers Ruti and Noa from Israel. Sherman is so well made and came super quickly with a cute little letter, birth certificate and a monstery magnet. I can’t recommend their shop highly enough, check out their lovely etsy shop http://www.etsy.com/shop/MonstersEtc 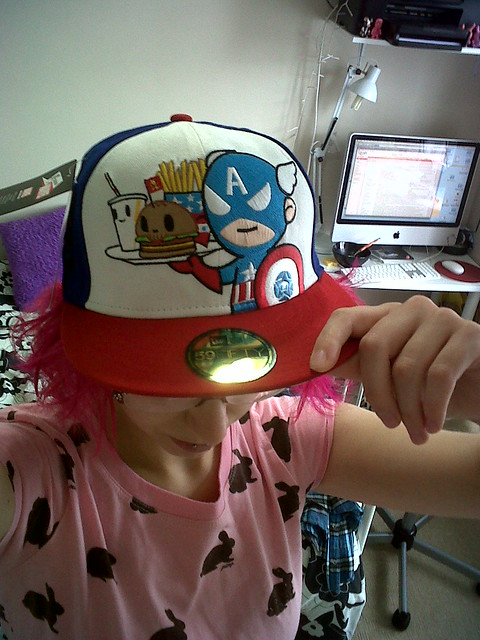 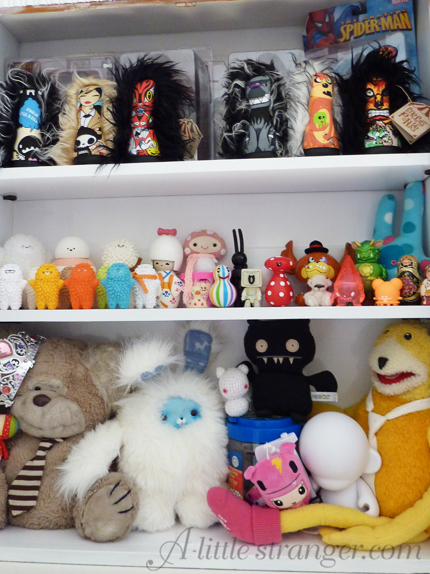 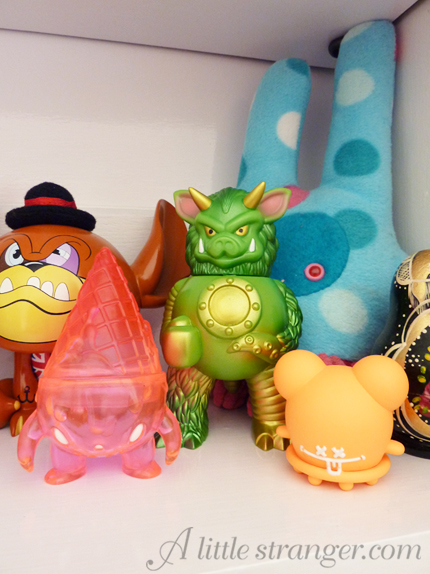 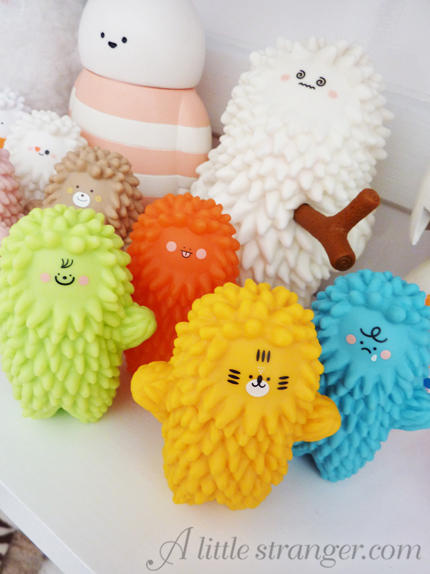 SDCC Treesons, i got all of them apart from the white moustached one who was sold out. My favourite is the tiger, grrrr! 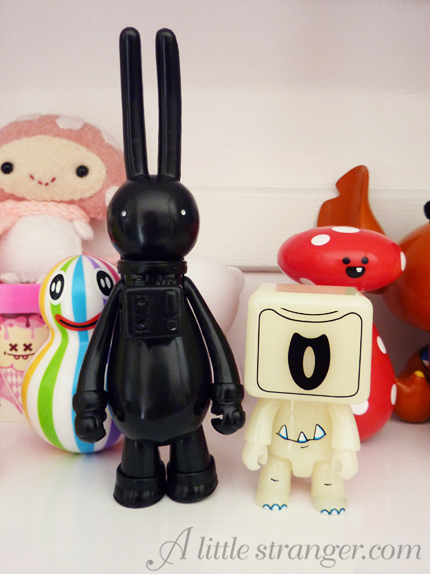 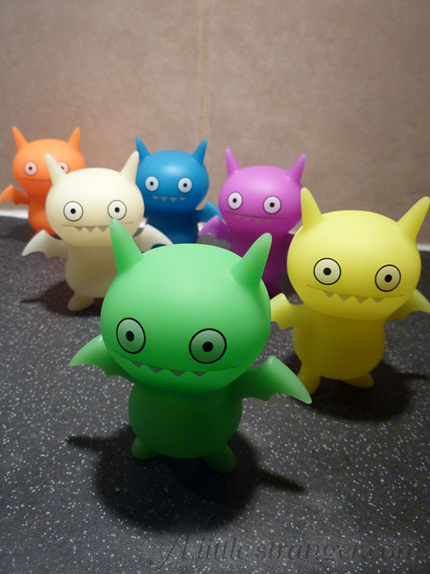 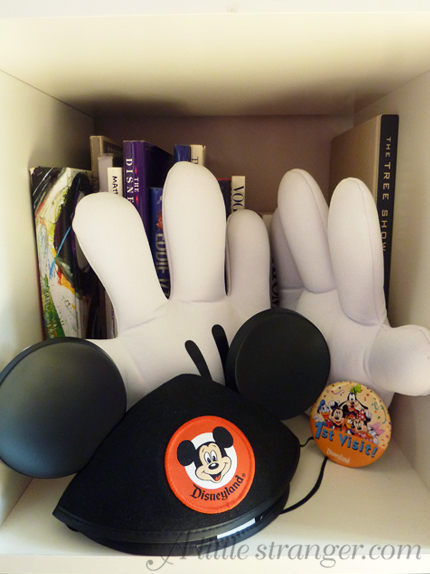 From Disney Land! I was so excited in the gift shop and wittering on about how great Disney Land is the lady went “awww” and gave me the “1st visit” badge 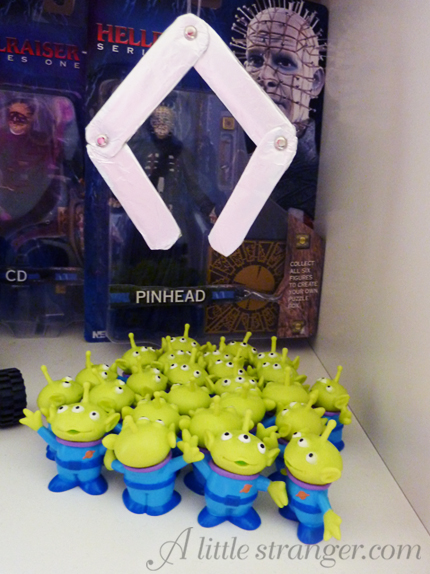 The second week in LA was even busier than the first (Pictures of San Diego Comic-Con and the first half of our trip here.) We spent Saturday night at the Magic Castle which was just insane, a zillion times better than i thought it was going to be, and I anticipated it being fantastic! I should have taken a picture of us dressed up all pretty, but I was so excited to get inside and watch from magic that I forgot. I also ate a steak as big as my face 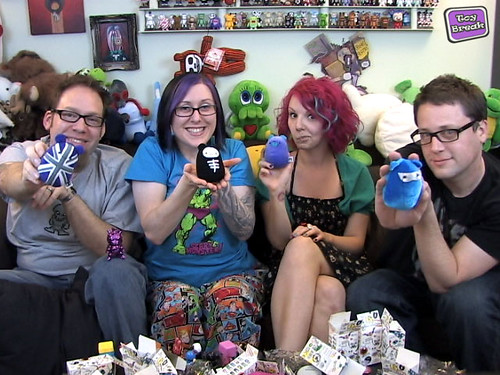 Universal Studios: We had a super efficient day and managed to do all the rides without queuing more than 30 minutes for anything. My favorite ride was definitely the Jurassic Park one, I was buzzing just looking at all the dinosaurs, it really felt like you’re in the film. We were right at the front  of the boat and came off absolutely soaked, i literally had to pour the water out of my shoes! The bus tour of all the studios was a lot of fun, i especially loved getting to see Whoville from The Grinch (complete with snow!) and the Bates Motel; Norman Bates came out with a body wrapped in a sheet, saw the tour bus, went inside to get a knife and chased the bus up the hill, i was totally geeking out! They had a haunted house/horror maze thing too which i was totally in love with. You get to meet (Meet = get jumped out and terrorfied by) all the monsters from horror films of the last 50 years. The absolute best bit was where they’d done it up like a meat packing freezer, complete with bodies wrapped and hanging from the ceiling that you have to bump past, then Leatherface jumps out at you wielding a chainsaw. 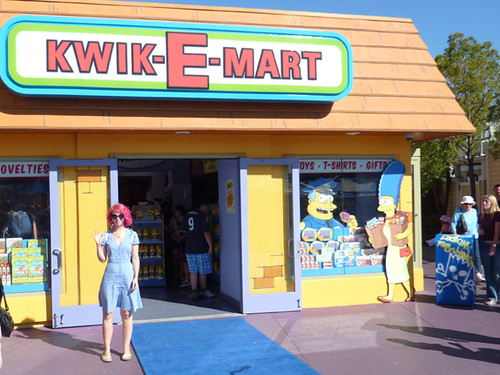 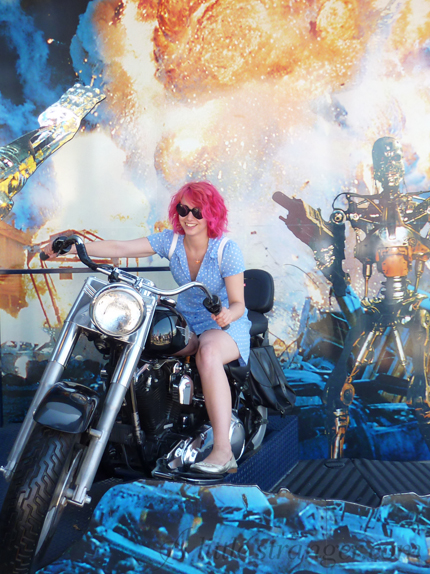 Disney Land: One of the Last things we did before we had to go home was visit Disney Land. Disney Land is like nothing else ever, its literally the best place in the world and i want to live there! (Preferably in the Haunted Mansion, please!) We were there from 10 – 11pm and still didn’t manage to do everything, so next year another trip is definitely in order. The show and fireworks at the end of the day reduced me to tears, that place is seriously magical. Thanks Scott for hooking us up, you’re the best!! 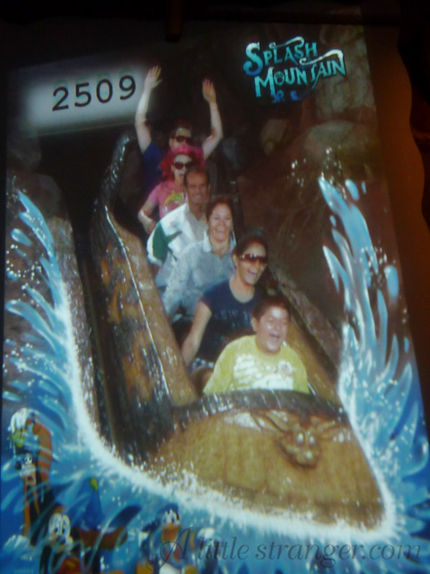 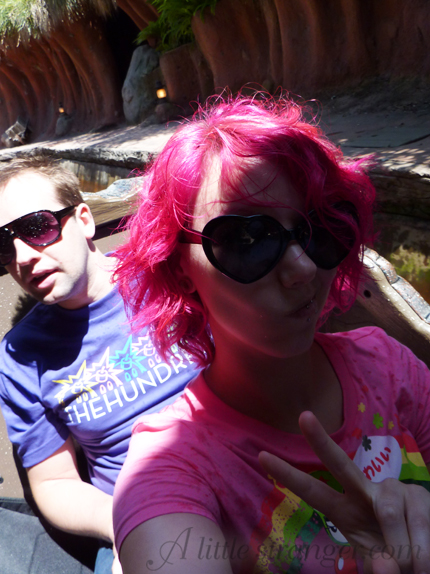 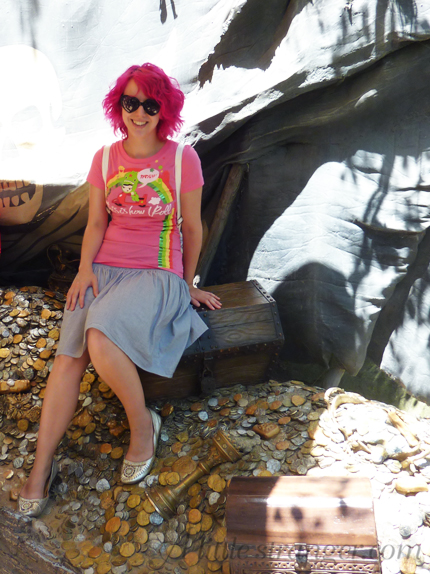 We did so much while we were away that it took a week of being home to calm down again. And i’m already making a mental list of stuff to do next year!  So thats’ it for my USA trip pictures, hopefully soon i’ll get time to share pictures of all the fantastic toys i snagged while i was away.

Episode 132 of Toy Break features me Ayleen, George and Scott talking about toys from SDCC. Scott’s talks us through his Comic-con haul and I’m talking Cavey, including some soon never before seen Caveys! I also pick the winner for the Toy Break forum Cavey contest!

This video is following a lovely evening and delicious dinner at the Counter with Ayleen, George and the Tolleson family, which was seriously the best burger i’ve ever eaten! I need to go back to LA as soon as possible just so i can eat there again

Biggest of ups to Toy Break for having me on the show and letting me snoop through their toy collection!!

If you’re in London tonight come along to the Kidrobot 2010 Dunny party, at the Kidrobot store in Seven Dials. I’m particularly hoping for the Travis Chan, CW, Huck Gee and the most bestest one of all – the Triclops one with removable brain, waa! Big ups to all the artists on this series, its an awesome collection, you can see how much love has gone into each one and i love that lots of the figures have a little accessory or sculpt flair, almost like a little custom collection. Hope to see you there! 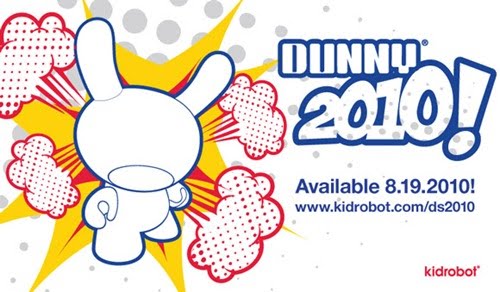 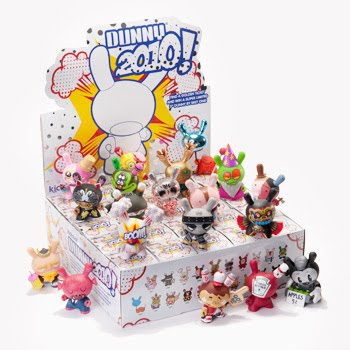 Also tonight is opening of the lovely Phil Corbetts Scary Mary Hairy Beary Fairy Tales show. (Best name for a show ever?!) I wish i could be in two places at once because i would love to go to this too. If you’re in the Manchester area head on down and give Phil a cuddle.

I haven’t been making the time recently to be creative. I’ve been letting Cavey, ‘real work’ and working out munch up all my time and not been making time for myself to be creative. Going away for a couple of weeks really cleared my head and gave me time to get working on my sketchbook! I came back with lots of ideas for characters, paintings and plushes 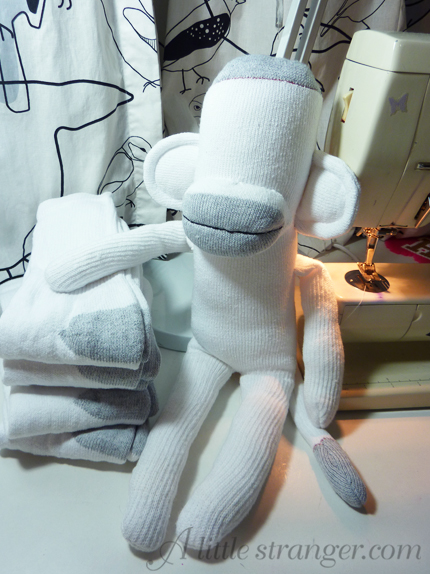 Sock Monkey! He was a lot of fun to make, and i have a lot of socks left so almost everyone i know will be getting one for Christmas! Pictures of the finished article soon! 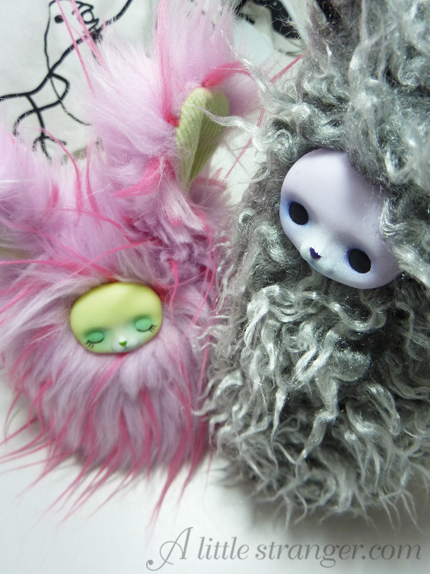 I’m not sure what these are, but i like how they came out!

Top Gun bar: While were in San Diego we went to the Top Gun bar with Rob & his lovely girlfriend. Rob had told me about this place before we left and it sounded like a lot of fun – its right near the train tracks and every time a train comes past the whole bar shouts “Night Train!!” and they give you these shots of ropey cherry brandy (??) stuff. Many pitchers of beer, hot wings and lots of fun, and probably the best night of Jonjo’s life because he got to sit at he actual piano from Topgun.

After a few days in San Diego for Comic-con we drove up the coast to LA. We spent out first week there relaxing and hanging out on the beach and doing touristy stuff around Hollywood. The vibe in LA was so different to San Diego, which was a really bohemian chilled out town, just going that hour or so up the coast and LA much busier and what i had imagined America to look like.

Chinese Theatre: We had a fun day doing all the touristy stuff in Hollywood, the Chinese Theater, Walk of Fame, checking out El Capitan etc. It was fun putting your hands and feet in the celebrity pavement things. No way are Robert Downey Jr’s feet this big though, isn’t he really small? He’s still dreamy though, even if he does wear high heels

The Getty: We spent a gloriously sunny afternoon having lunch at the Getty and walking round the beautiful ground there.  The gardens outside were especially gorgeous, with so many different types of flowers and this pretty water maze in the middle.

Venice Beach: Venice beach reminded me of a sunny version of Camden, London – lots of interesting art along the parade, lots of really bad art, too

Pictures from the second week of our trip here! 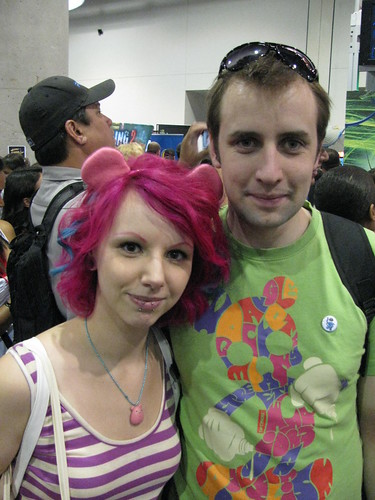 This popped up in my flickr photostream this morning! Photo by Pjalau.

Here’s a few quick pictures from Comic-Con. I was so busy chatting to everyone and looking at all the cool stuff  that  i didn’t get too many pictures at SDCC (i did take lots of pictures of Cavey though), and most of them are me like “ooh take a photo of me with this!” “take a photo of my with that!” so for your viewing pleasure here’s me posing with some stuff… 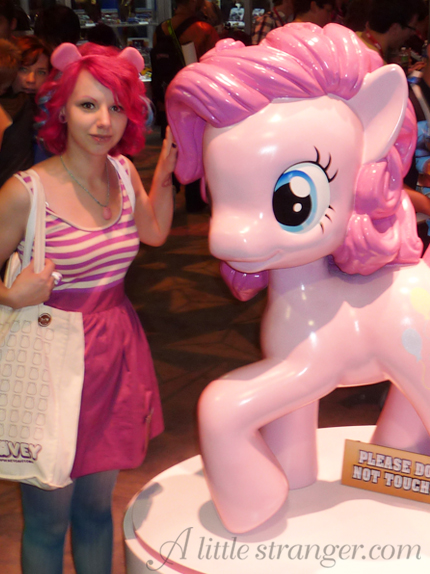 “please do not touch” you can’t tell me what to do Hasbro! Badass 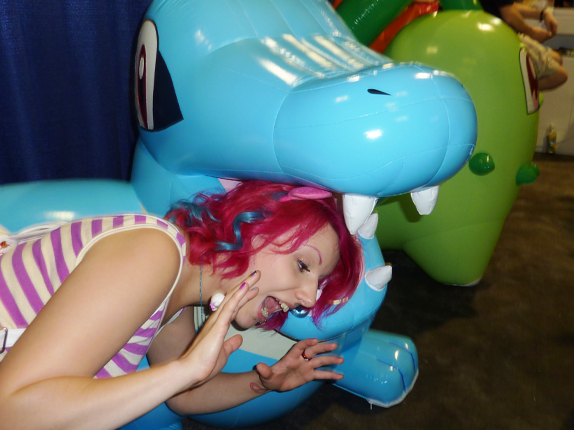 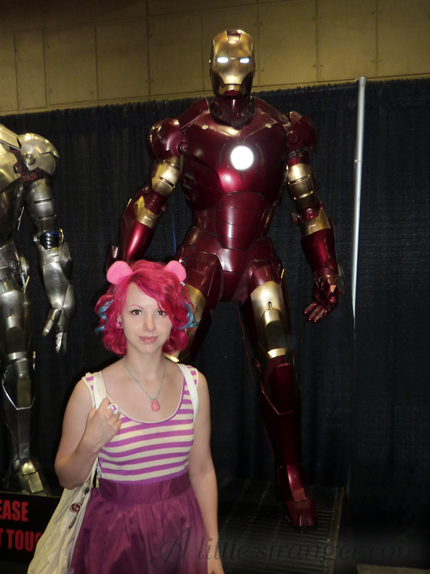 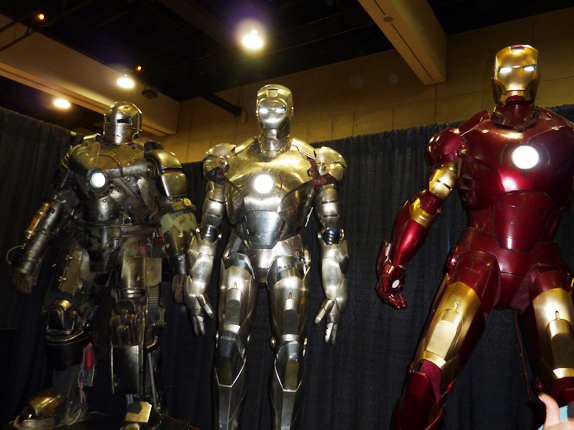 You get the idea, i won’t bore you with the rest. There’s lots of pictures of Cavey at Comic-Con over on his blog. I’ve got to get back to work, more pictures next week!

Hello i’m baaaaaack! We got home at 11pm yesterday, and had a good old sleep after a loooooong flight. Today is all about unpacking, catching up with emails, drinking tea, seeing friends and getting photos printed. I’ll be packing up all shop orders placed while i was away and getting them sent this week. I’ll do a post later this week about all  the fun stuff we got up to while we were away (and all the neat stuff i got!) until then, did you see the announcement about new Caveys while i was away? There will be new Caveys on August 12th, Unicorns and Ninjas!