Week in Pictures: Dj Yoda, Rocking out and a giant pig!

I have had such a fantastic week! Another batch of Caveys were up for grabs (all 22 sold in 2 minutes!) Biggest of thank you’s to everyone who snapped ne up, more on the way! I got a new bike, and a new baby guinea pig! I’m going to be naughty though and make you wait for photos of them, this post is getting a big giant already.

We kicked off last weekend with a gang of us heading to Camden to see White Lightning play. They’re such a fun band to see live and i always have a great time at their shows. I have the biggest girl crush on the female guitarist, i’m sure she sees me oggling her and thinks i’m a crazy stalker bitch, but i can’t help it, girls in bands are just too hot! I always wanted to be the in a band, its a shame i have no musical ability whatsoever!

Forcing Vicky to rock out!

On Saturday we went to see Dj Yoda. Before we went to the gig we headed to a champagne reception in the viewing gallery of the tallest building in London (how fancy!), there are windows the whole way round so you can see the whole of the city from up there. We went there for a posh brunch a few months ago but everything looked so different at night time,it was beautiful to see the city all lit up.

So to even out the fancyness of that we headed to see Dj Yoda play the Bloomsbury Lanes, here-on known as Londons sweatiest gig venue. The place was rammed, and i mean rammed, they oversold the venue and were turning away people who’d bought advance tickets; we went outside for a fag and had to kick up a right fuss to be allowed back it – worst organised venue ever. On the upside Yoda was brilliant and the drinks were cheap, i danced up bum off and lost half a stone through pure sweatyness. I actually took a picture of the crowd but left it out of this post because it was just too disgusting, imagine 234726843 sweaty people crammed into a foil lined boxall rubbing their sweaty backs on you , you get the idea. Also edited out of this post is the ikkiest sweatiest photo of me and Jonjo ever, i may have to delete it off my computer it’s so unbelievably gross. Or,maybe one day ill do a really sexy blog post of all the photos i’ve taken of us sweating our nuts off at gigs and raves. 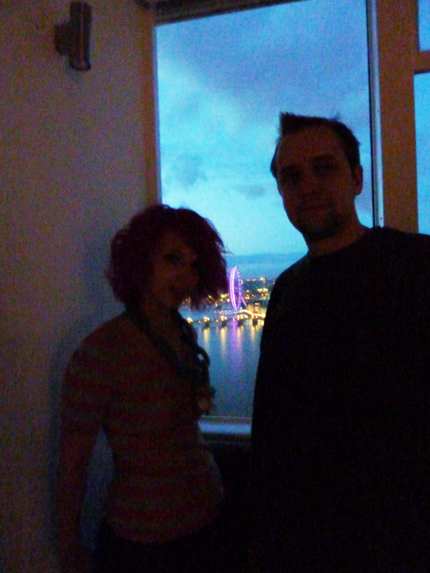 Other highlights of the last couple of weeks: the usual Sunday mega cook-off at Jez’s house, getting new blank toys in the post for customs, seeing friends, getting rained out of Camden, going to the cinema to see Scott Pilgrim (awesome – want to see it again!) getting a big box of surprises from Friends with You, having the house to myself for a horror movie marathon, girly nights round mine, and meeting this GIANT GUINEA PIG! 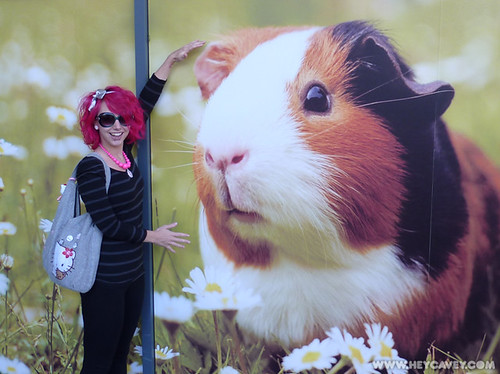