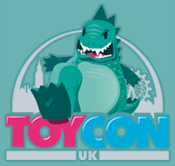 Tcon the Toyconasaurus is the official vinyl figure of ToyCon UK. Sculpted and prototyped by yours truly right here in the A Little Stranger studio. I wanted to capture the great ‘stomping’ movement of Tcon in the ToyCon UK logo, so to emulate this I’ve engineered Tcon to balance perfectly on one leg. Tcon stands at 5″ tall and features articulation at his shoulders for poseablilty. Produced in quality hard vinyl. Tcon will be first available to buy at ToyCon UK in both a painted and DIY version.

From ToyCon UK: We cannot explain how excited we are to finally reveal our official vinyl toy of the convention. After months and months of planning and production we can finally unleash him on the world.

Designed by The Hang Gang and sculpted by Holly from A Little Stranger, TCON is the living embodiment of the ToyCon UK mascot.

Produced by the wizards at Unbox Industries TCON stands at 12cm/5 inches tall, has articulated arms and stands perfectly balanced and ready to stomp on one foot.

There will be two colour ways available first at ToyCon UK: ‘OG’ and DIY . Both colourways are produced in Japanese vinyl . The OG colourway is teal green with dark green, cyan and pink sprays. limited to 100 pieces it will retail for £35.00. The white ‘DIY’ colourway is an open edition with 100 being available first at ToyCon UK 2013, this will retail for £30.00

Those attending will have the first chance to grab one and both will be on sale at 12.00 noon from the main ticket/reception desk. 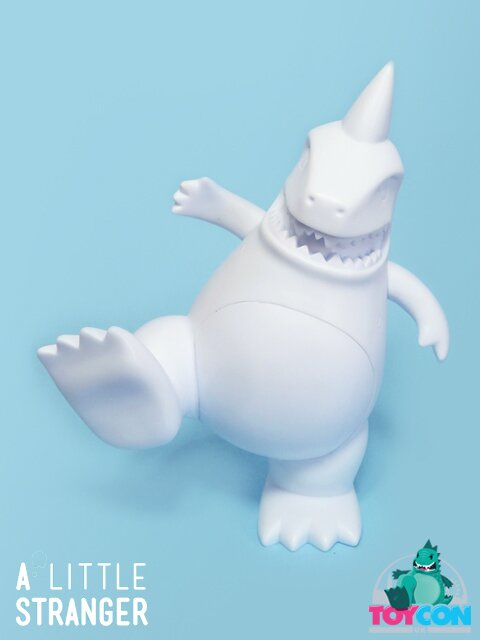 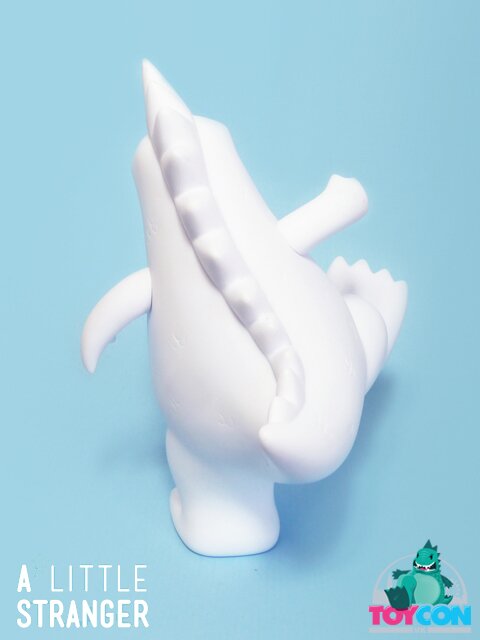